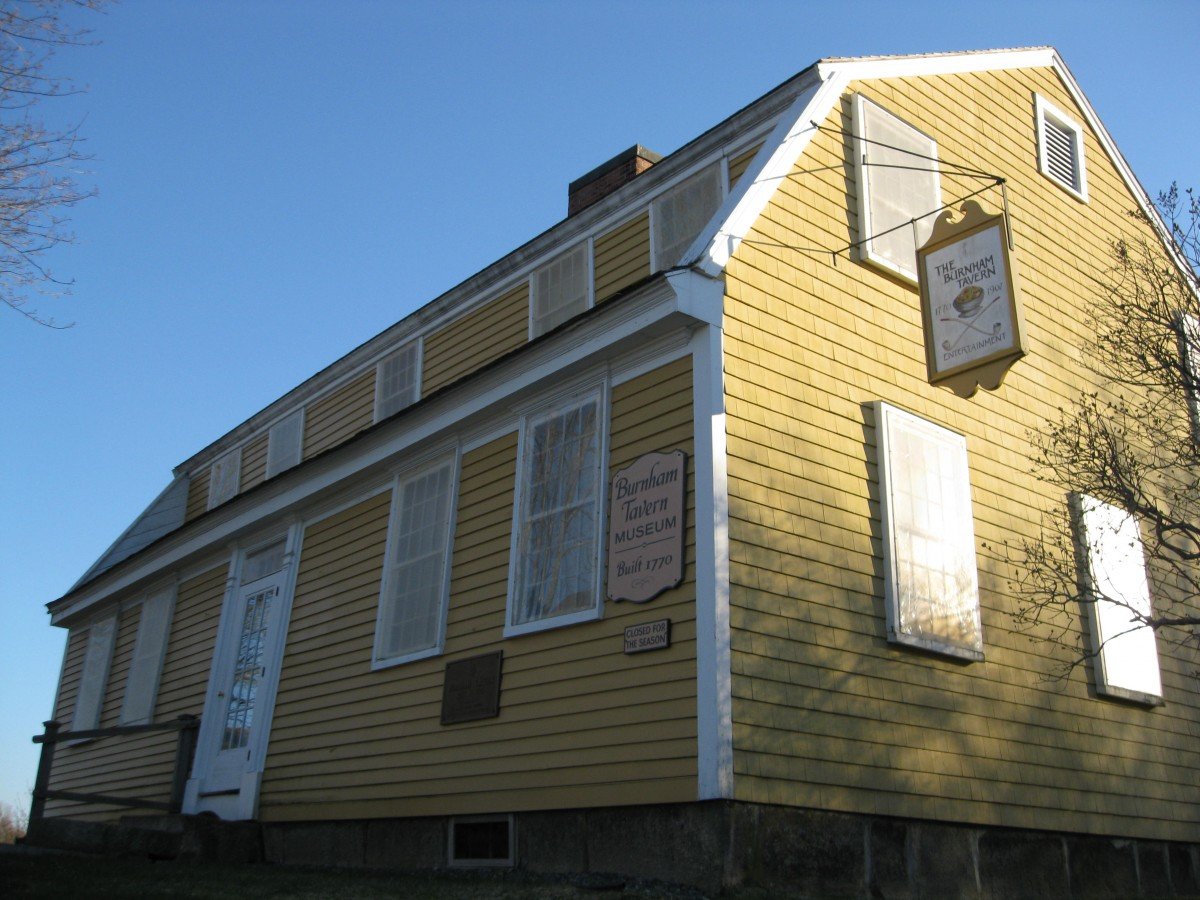 The Tavern usually open from 10:00 AM until 3:00 PM, Monday through Friday, from the end of June and continuing through mid-October (closed July 4th & Labor Day). Please call (207-255-6930) or e-mail (info@burnhamtavern.com) the day before your planned visit to confirm that we will be open.

One of 21 homes in the United States designated as most significant to the American Revolution.

Site of the First Naval Battle of the American Revolution in June 12, 1775.

(source: http://www.burnhamtavern.com) In early June 1775 the men and women of the fledgling settlement of Machias found themselves on the horns of a very difficult dilemma.  Hard on the heels of the news of Lexington & Concord had come an ultimatum.  In order to obtain critical supplies the settlers must see their lumber shipped to Boston to build barracks for British troops.  If they refused, they faced hunger and the wrath of Lieutenant Moore, commander of the armed British vessel Margaretta which sat in the harbor, its guns leveled at their homes.  If they complied, they betrayed the American cause.

The Tap Room of Job Burnham’s tavern, which stands at the center of Machias and overlooks the river anchorage, became the scene of hot and heavy debate as the settlers struggled to decide. Jeremiah O’Brien, Job’s brother-in-law, argued hard for aggressive action and urged the capture of the British commander and his ship.

With the support of his five brothers and several veterans of the French & Indian Wars, Jeremiah ultimately prevailed and plans were made to take Lt. Moore while he sat in church the next day, June 12, 1775.

Alas, things did not go exactly as planned. Lt. Moore chose a seat that afforded a view of the trail from Pleasant River, and he spotted men arriving with scythes and pitchforks. Correctly surmising that the crop about to be harvested was himself and his men, the Lieutenant bolted through a near-by window and, the element of surprise on his side, managed to make it back to his ship.

As soon as her commander was aboard the Margaretta began to move down the river toward open water. Some forty patriots, armed largely with farm implements but with a few muskets among them, followed in two merchant vessels, the Falmouth Packet and the Unity. In the ensuing battle Lt. Moore was shot and the Margarettacaptured. Burnham Tavern now became a hospital as both sides had suffered casualties.  Lt. Moore soon succumbed to his wounds, and there is in Burnham Tavern today a chest that is said to be stained with his blood.

Jeremiah O’Brien went on to serve the new country as a privateer (he was captured and imprisoned in England but escaped and returned to fight again) and the Tavern holds many mementos of the O’Brien family, some personal, others pertaining to the several ships which have been named for them.  But artifacts related to the "Lexington of the Sea" (as some have called the capture of the Margaretta) make up only a small portion of the collection at the Burnham Tavern Museum. For those interested in architecture, the Tavern itself, built in 1770 and largely original, is well worth seeing. 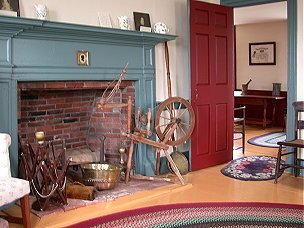 From its gambrel roof to its millstone doorsteps the Tavern is a fine example of the design and technology of the time. In addition, the Tavern is furnished much as it was it was when America was in its infancy. Many of its furnishings have individual histories which are very interesting; together these items create an image of the life style of the neither rich nor famous circa 1780. In recognition of its importance, the Burnham Tavern has been designated as a National Historic Site by the U.S. Department of the Interior, and in 1974 the Tavern was selected as one of the 21 homes in the United States with the most significance to the American Revolution, the only one so selected in the State of Maine.

Burnham Tavern is supported and maintained by the Hannah Weston Chapter (Hannah’s is another story you’ll want to hear when you come) of the Daughters of the American Revolution (DAR). We plan to be open from [spp-timestamp time="10:00"] AM until [spp-timestamp time="3:00"] PM, Monday through Friday, beginning on Monday, June 29th and continuing through Friday, October 9th (closed July 4th & Labor Day) however major work is being done at the Tavern which may impact on the dates and hours that we can receive visitors. Please call (207-255-6930) or e-mail (info@burnhamtavern.com) the day before your planned visit to confirm that we will be open.

The Tavern is easy to find, one block off Route 1 on Route 192 in the center of Machias, and there is ample public parking nearby. For further information call (207) 733-4577 or e-mail info@burnhamtavern.com.