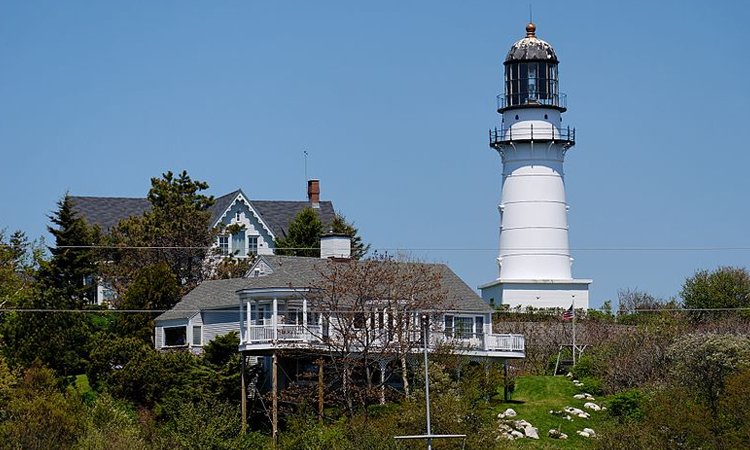 Cape Elizabeth Light also known as Two Lights is a lighthouse in Cape Elizabeth, Maine. Only the eastern tower of the two that made up the light station until 1924 is active. The western tower is deactivated, but it is still standing and is privately owned. The facility is adjacent to Two Lights State Park, a 41-acre (17 ha) state facility which allows a view of and access to the grounds of the lighthouse. Until recently, the light used a second-order Fresnel lens.

The area is known as "Two Lights" due to the history of the station. It was originally built in 1828 as two rubble stone towers 300 yards (270 m) apart. Steam-driven warning whistles were installed in the twin towers in 1869, the first used in North America. In 1874, both structures were replaced by conical towers made of cast-iron, each 67 feet (20 m) high and 129 feet (39 m) above sea level.

The use of multiple lights in a given site was discontinued in 1924. The western light was removed from service, and eventually sold to a private party in the 1970s. The eastern tower remains in service as "Cape Elizabeth Light."