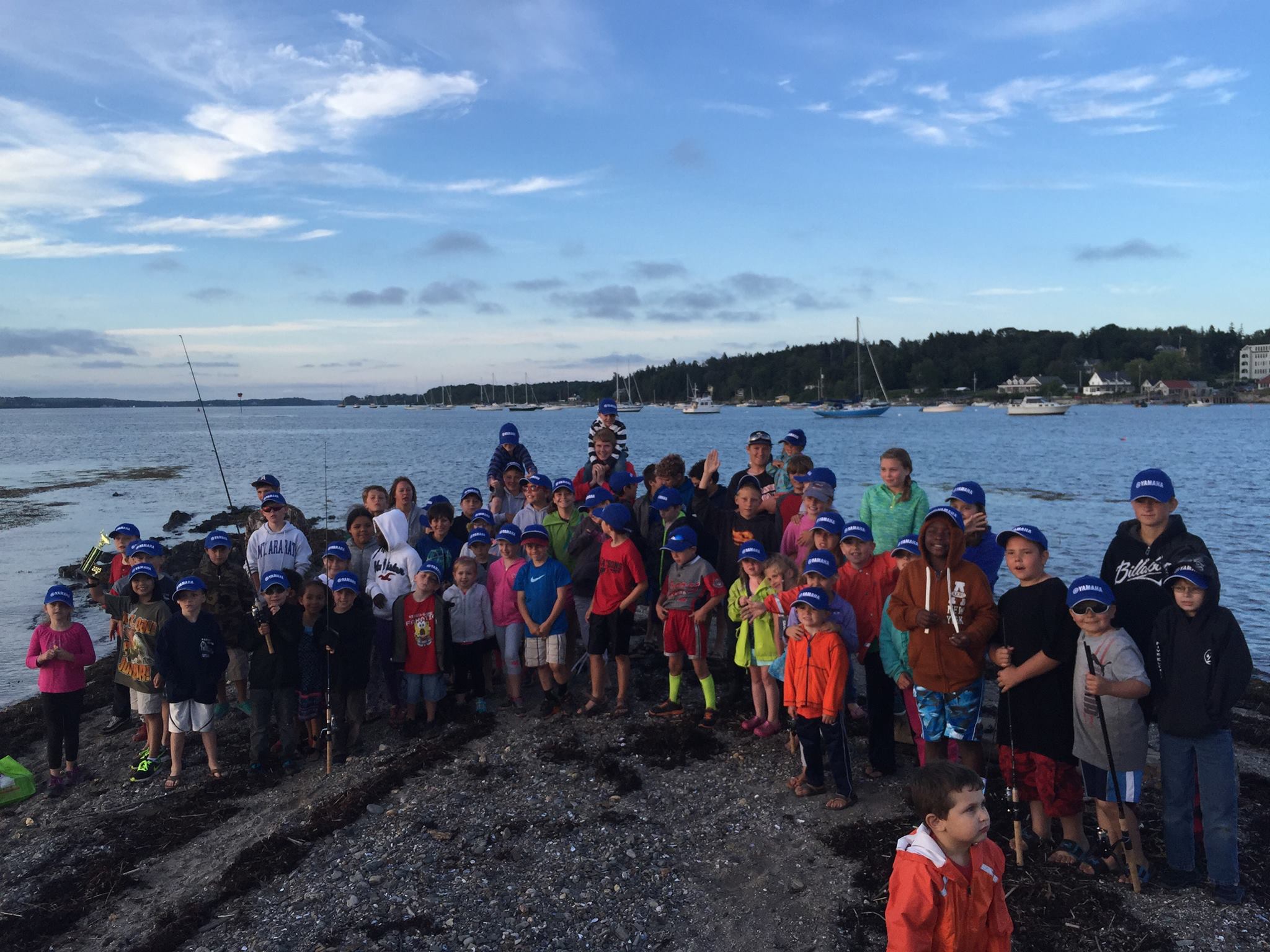 The pursuit of game fish has been a long standing tradition on Harpswell. During the winter of 1938-1939, the Bailey Island Tuna Club was formed. No one is sure who began the club, but Jesse Johnson, Elroy 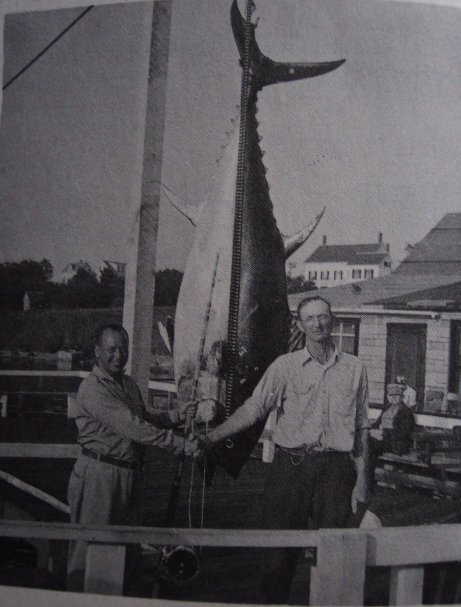 Johnson and John Gould are generally credited with the initial idea. The basis for the club was to promote sports-fisherman.

By the time August 5, 1939 came, 5000 spectators had gathered to witness or participate in the events. Three tuna were caught that day. Howard Dunbar of Worcester, Mass. won both the Bailey Island Tuna Club Trophy and one offered by Governor Lewis Barrows for the largest tuna landed on rod and reel in Maine territorial waters that year. It weighed 700 pounds.

In 1941 the club was asked to host the first “state of Maine Tuna Tournament” sponsored by the governor and state officials. The outstanding catch was by Mrs. Maurice Meyers of Brielle, N.J. who established a woman’s world record with an 818 pounder.

In 1989, after 50 years of the tournament home port in Mackerel Cove, the club was forced to find a new home for its base of operation. Happily, Cook’s Lobster House immediately offered the club the use of their facilities at the north end of Bailey Island. The offer was happily accepted.

The Bailey Island Fishing Tournament is held on the last full week of July.

The Captains Meeting will be held on Sunday preceding the tournament, at Cook’s Lobster House.

There are a lot of prizes including:

There are $50 daily prizes for largest of the species.

There is also a children’s tournament that will award trophies, cash and prizes for: bluefish, striped bass and mackerel.

Weigh-ins and awards are at Cook’s Lobster House.