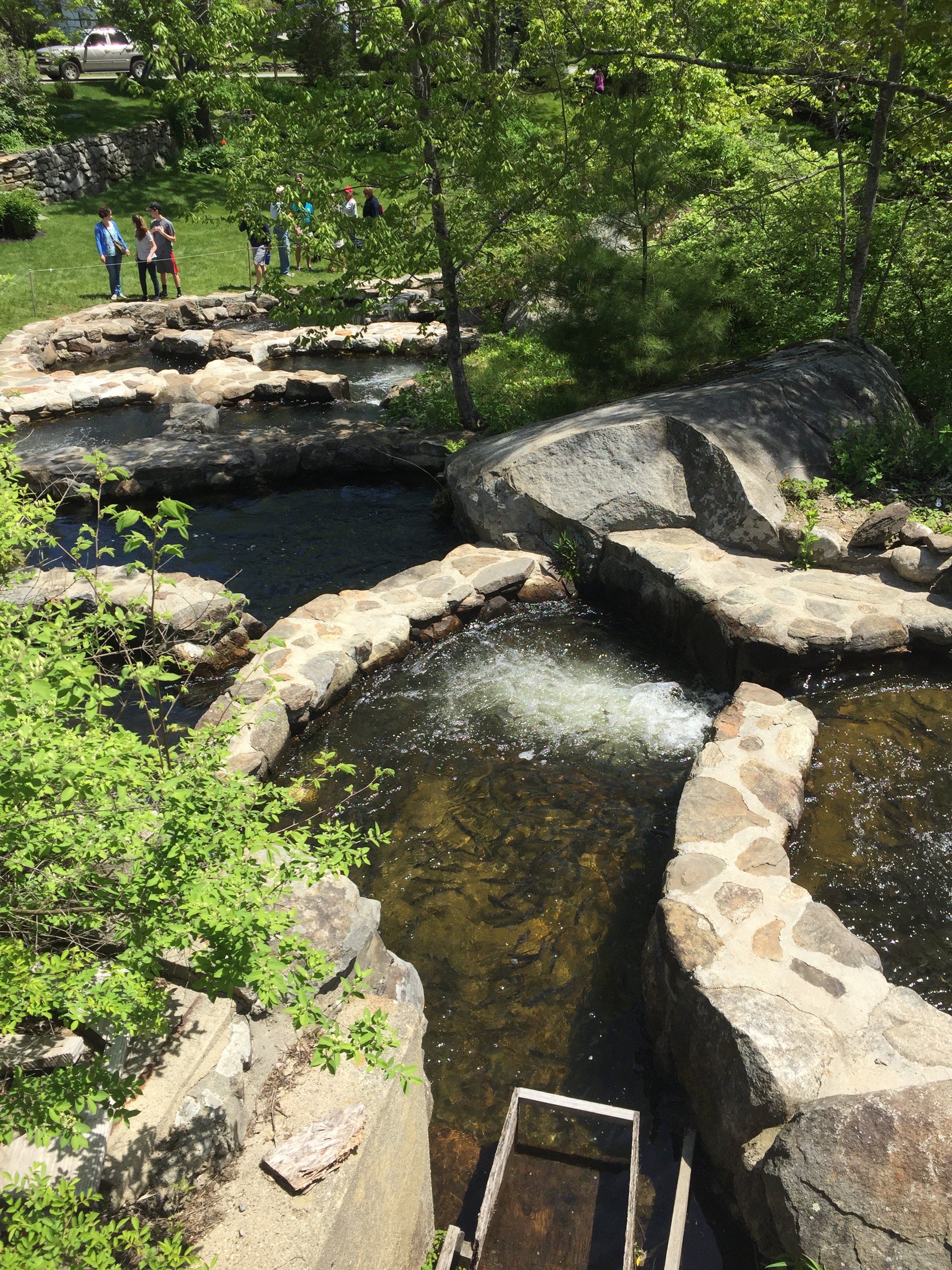 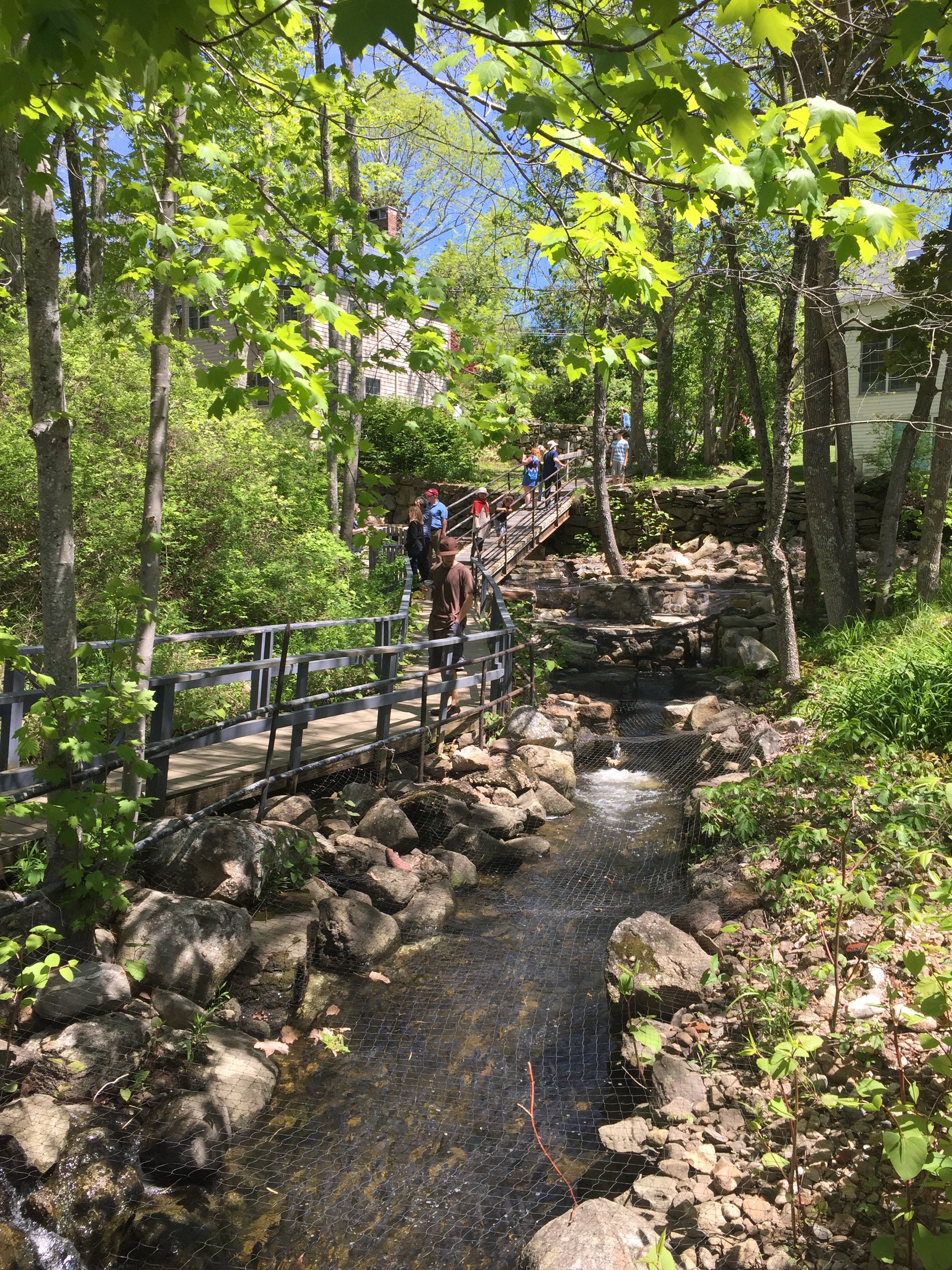 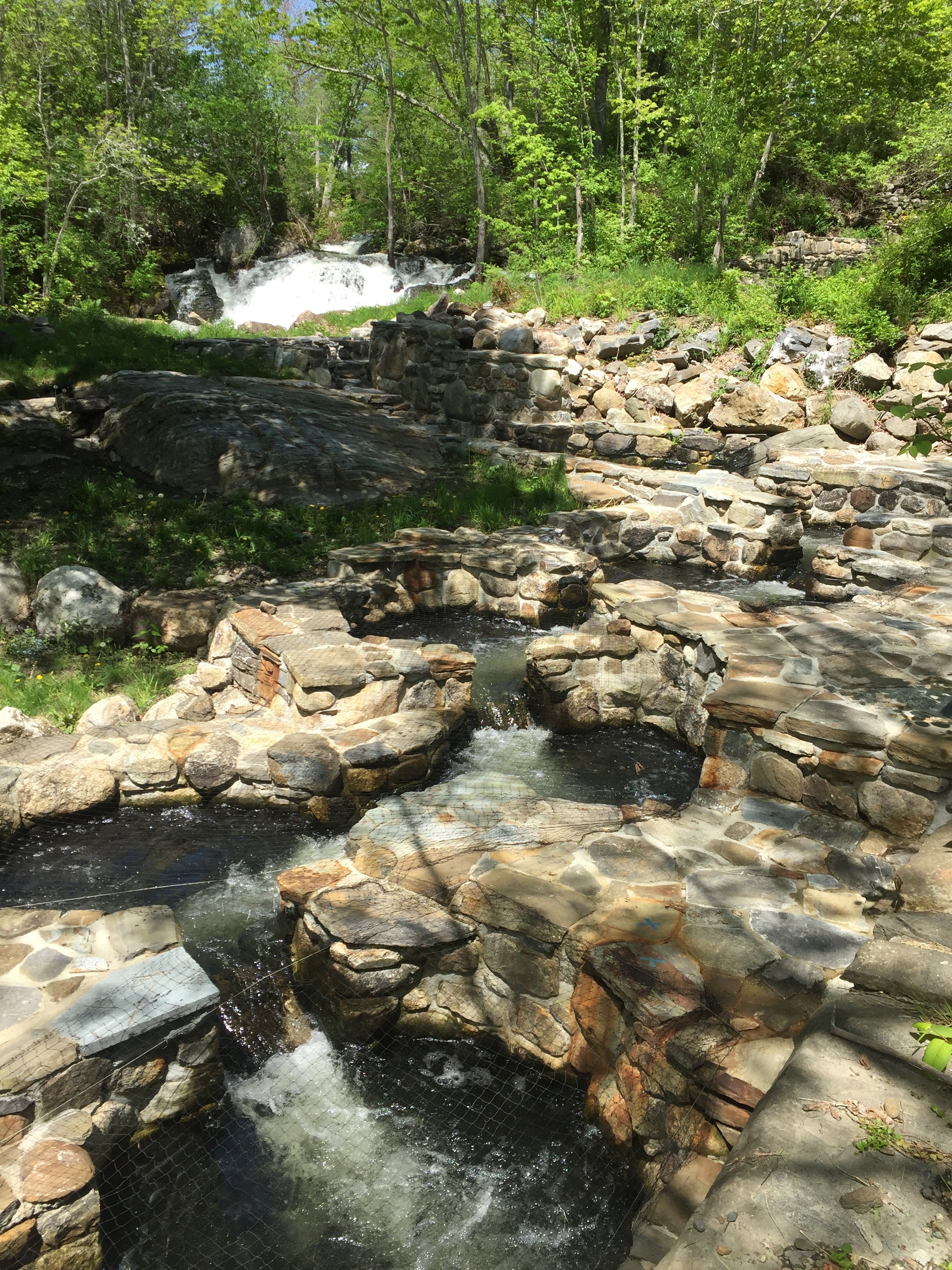 The historic Damariscotta Mills, Maine is home of one of Maine’s oldest and most productive alewife fisheries. The fish ladder was constructed by the Towns of Nobleboro and Newcastle in 1807 at the state’s request after mills had blocked access to the fresh water falls for nearly a century.  In 2007, after two centuries of use, the fish ladder needed a major restoration and the project was initiated by the Towns in collaboration with the Nobleboro Historical Society. Completed in 2017 the restoration of the fish ladder is critical to the health of the Damariscotta River alewife stocks. Alewives are an important part of the food chain and they contribute to the health of the marine environment and to the lakes and streams where the fish spawn. In the spring, alewives serve as a source of fresh bait for local lobstermen who are setting out gear after a winter ashore.

A beautiful site. The Alewives can be seen in impressive numbers around  April, May and June.