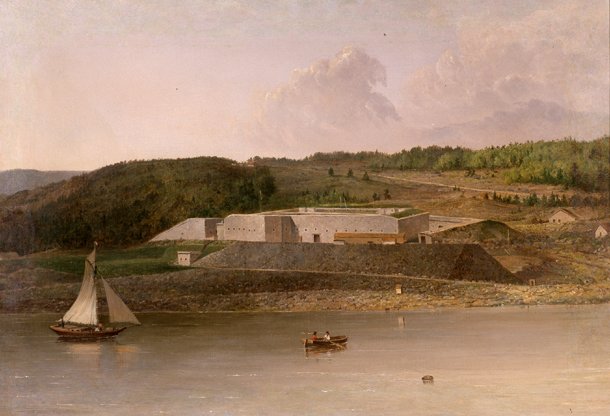 Fort Knox, now Fort Knox State Park or Fort Knox State Historic Site, is located on the western bank of the Penobscot River in the town of Prospect, Maine, about 5 miles (8.0 km) from the mouth of the river. Built between 1844 and 1869, it was the first fort in Maine built of granite (instead of wood). It is named after Major General Henry Knox, the first U.S. Secretary of War and Commander of Artillery during the American Revolutionary War, who at the end of his life lived not far away in Thomaston. The fort was designated a National Historic Landmark in 1970, as a virtually intact example of a mid-19th century granite coastal fortification. Fort Knox also serves as the entry site for the observation tower of the Penobscot Narrows Bridge that opened to the public on May 19, 2007.

Come explore the Fort and discover this treasure of Maine and United States History. Fort Knox is open May 1 - October 31, from [spp-timestamp time="9:00"] - sunset. The grounds are open year round for your visiting pleasure. The newly constructed Penobscot Narrows Bridge boasts an observation tower, rising 420’ above sea level, which may only be accessed through the Fort. The observation tower provides a breathtaking view of the Penobscot River Valley, and is the only observatory like it in the Western Hemisphere!