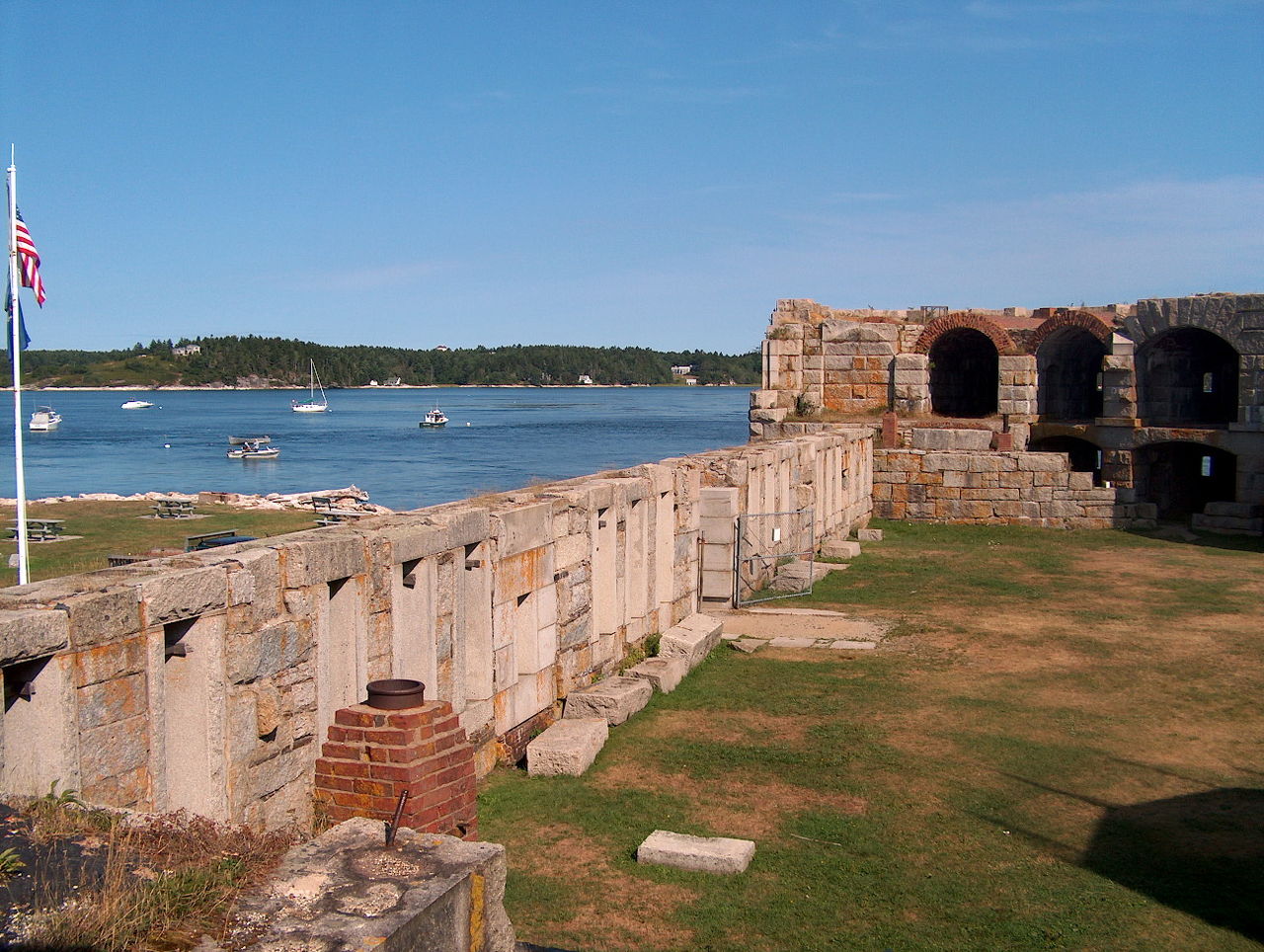 Fort Popham is a coastal defense land battery at the mouth of the Kennebec River in Phippsburg, Maine. It is located in sight of the short-lived Popham Colony and, like the colony, named for George Popham, the colony's leader. During the American Revolution a minor fortification stood on this site; in 1808 the federal government built a small battery derisively known as an "embargo fort" on this location as part of the second system of fortifications that guarded the coast. It remained manned until 1815 and saw minor action during the War of 1812.

Construction of Fort Popham was authorized in 1857 but did not begin until 1861. The fort was built from granite blocks quarried on nearby Fox and Dix islands. It had a 30-foot (9 m)-high wall facing the mouth of the Kennebec River and was built in a crescent shape, measuring approximately 500 feet (150 m) in circumference.

In 1869 construction at Fort Popham stopped before the fortification was completed. The fort was garrisoned again after additional work was performed during the Spanish–American War and World War I. Construction of Fort Baldwin on the headland above Fort Popham began in 1905 with longer-range guns, which eventually rendered Fort Popham obsolete.

The fort, located two miles (3 km) from popular Popham Beach State Park, is open to the public as Fort Popham State Historic Site. It was added to the National Register of Historic Places as Fort Popham Memorial on October 1, 1969.