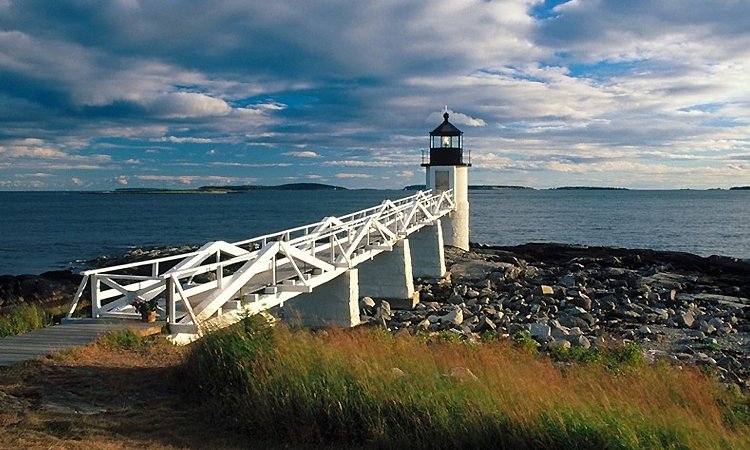 The original tower was replaced with the present lighthouse in 1857. The lighthouse is a 31-foot (9.4 m) tall white brick tower on a granite foundation. The tower was originally lit with a 5th order Fresnel lens. A raised wooden walkway connects the tower to land.

In 1895, the original keeper's house was destroyed by lightning. A Colonial Revival style house was built to replace it. An oil house and a bell tower with a 1,000-pound (450 kg) bell were added in 1898. The bell was replaced with a fog horn in 1969.

The lighthouse was automated in 1980 and the original Fresnel lens was replaced with a modern 12 inches (300 mm) optic. The original lens is at the Maine Lighthouse Museum in Rockland. In 1986, the St. George Historical Society restored the keeper's house and established the Marshall Point Lighthouse Museum there, presenting the histories of Marshall Point Light and other nearby lighthouses.