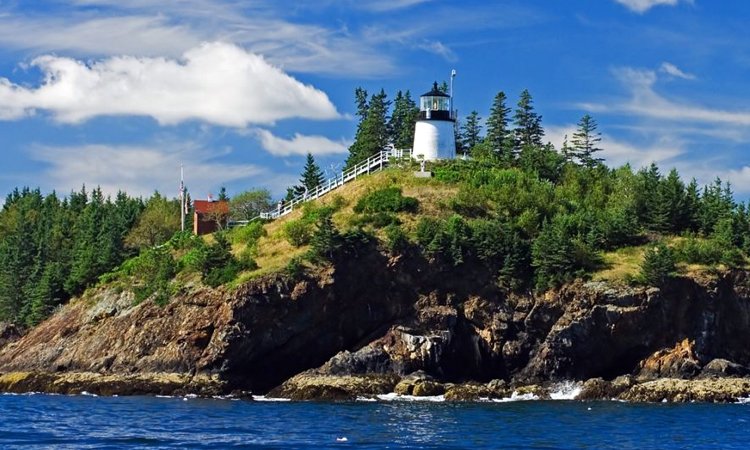 Owls Head Light is a lighthouse located in Owls Head, Maine at the entrance of Rockland Harbor on Western Penobscot Bay. The lighthouse was established in 1826. It is operated by the United States Coast Guard and it is also part of Owls Head Light State Park.

The lighthouse was designed by Green & Foster and Jeremiah Barry and constructed in 1826. It is a 30-foot (9.1 m) tall cylindrical brick tower on a granite foundation standing on top a cliff. It has one of the last six Fresnel lenses in operation in Maine.

In 1854, a keeper's house was built separate from the lighthouse. The cottage now serves as Coast Guard housing. A fourth order Fresnel lens, in use until recently, was installed in 1856. A generator house and an oil storage building were added in 1895.

The light station was added to the National Register of Historic Places as Owls Head Light Station in 1978.