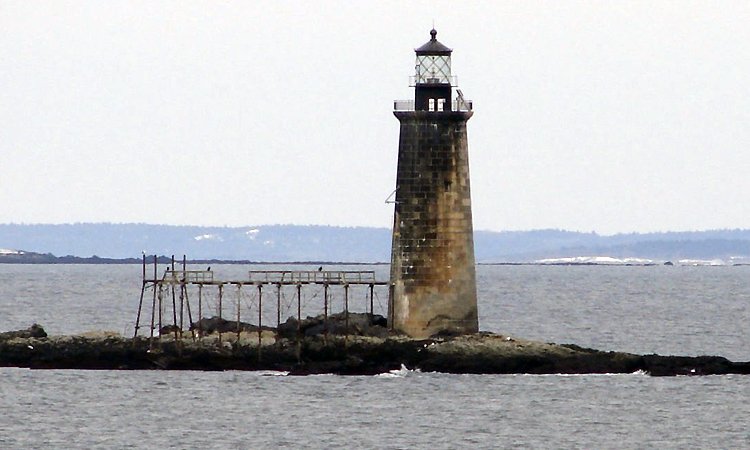 Ram Island Ledge Light is a lighthouse located in Casco Bay, Maine. In 1855 an iron spindle was erected to protect sailors from dangerous underwater ledges surrounding Ram Island Ledge. The ledge continued to be the site of repeated shipwrecks. On February 24, 1900 the Allan Line steamship Californian (formerly named the State of California) ran aground on the ledge while en route from Portland to Glasgow, Scotland via Halifax, Nova Scotia. As a result of that accident, the United States Congressappropriated funds to build a lighthouse.

Construction began on May 1, 1903 and was completed in 1905. It is a twin of the Graves Light off Boston. The lighthouse was built of granite quarried from Vinalhaven, Maine. The lighthouse originally included a third-order Fresnel lens. The lighthouse was electrified in 1958, and then automated in 1959. The light was converted to solar power in January 2001.