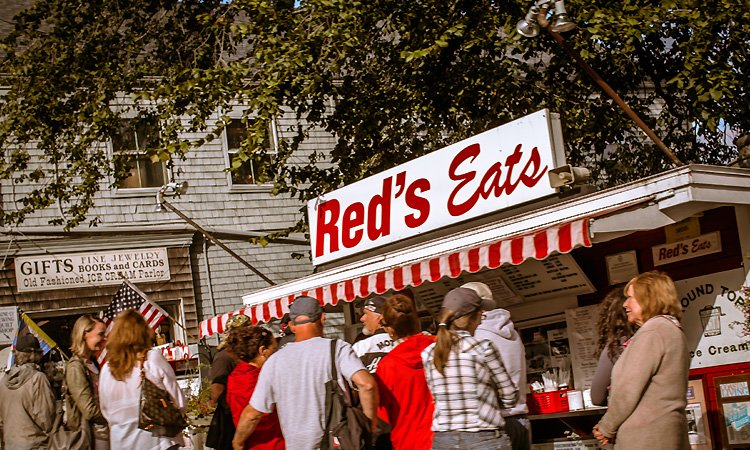 Red's Eats was started by Allan "Red" Gagnon in 1938 and the location since 1954 of Red's Eats has been on the Route 1 bridge in Wiscasset. Red's is best known for its lobster rolls and fried clams and the restaurant--an actual lobster shack--is considered a Midcoast Maine landmark. It has been profiled in numerous magazine and newspaper reviews, Internet reviews, and television features.