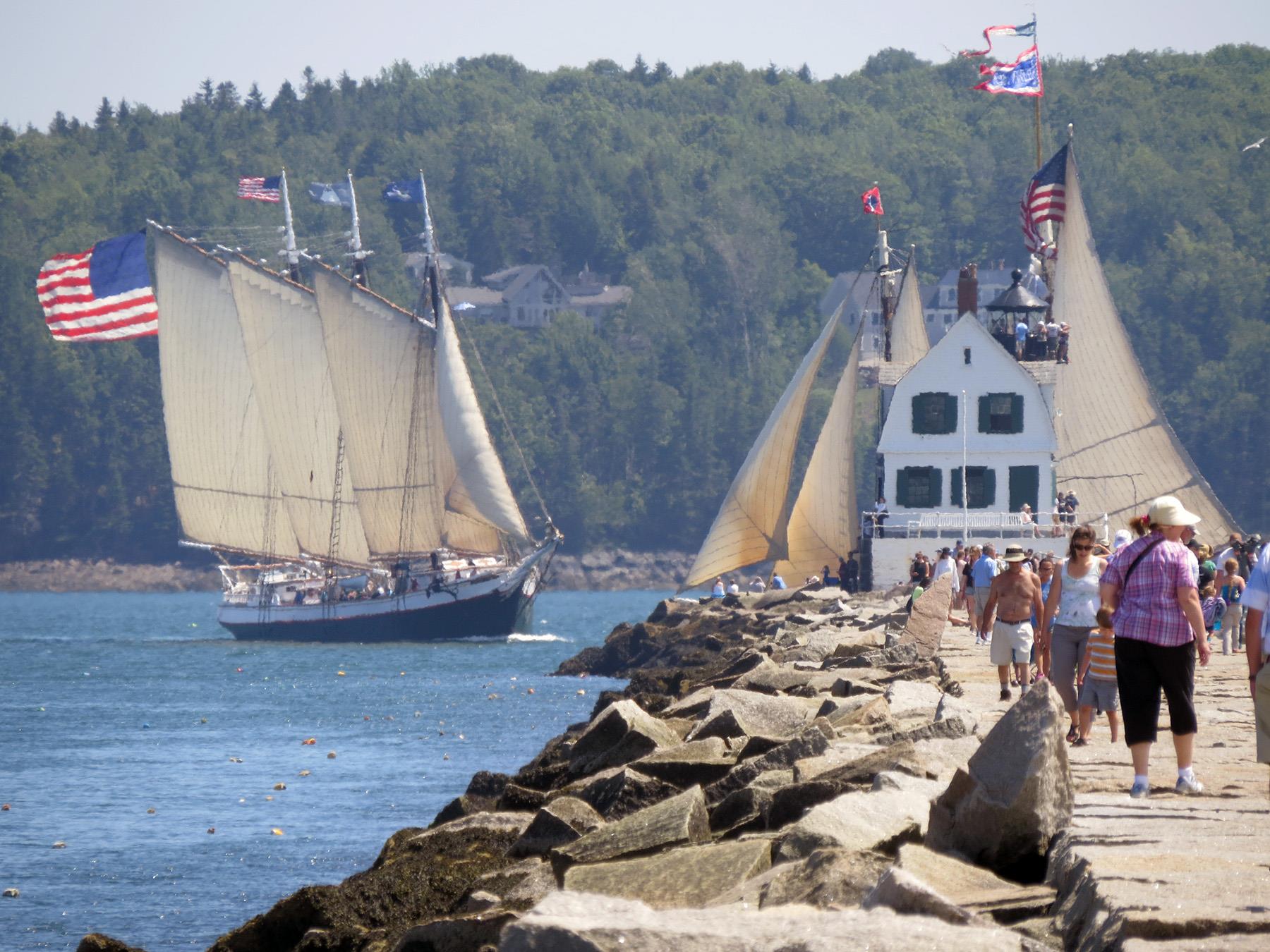 Address:
Rockland, ME 04841
Directions: In Rockland, turn right onto the Samoset Rd which ends in the small parking area for the Breakwater. The Breakwater, to the left of the parking area, leads about .8 miles to the lighthouse.
Phone number: 207-542-7574
Website: Visit Website
Hours:

Accessibility: Lighthouse is at the end of a 7/8-mile long breakwater.

Rockland Harbor Breakwater Light, which sits at the south end of a 4,300-foot (1,300 m) breakwater protecting Rockland Harbor, was completed in 1902 and is owned by the City of Rockland, Maine.

The first light was an oil lamp placed in 1827 on a wooden tripod on Jameson Point, at the north end of the current breakwater. When the work was begun on the breakwater in 1881, the pole was relocated as the breakwater was extended SSE into the harbor. It was completed in 1899 and the present light and keepers' structure was finished in 1902. From 1973 to 1989 the Samoset Resort, located on Jameson Point, at the other end of the breakwater, maintained the lighthouse. The Coast Guard did a major refurbishment in 1990 and, in 1999, transferred ownership of the structure to the City of Rockland. Since then building has been maintained by volunteers, while the light itself remains the responsibility of the Coast Guard. In 2003 a float and boat ramp were added.