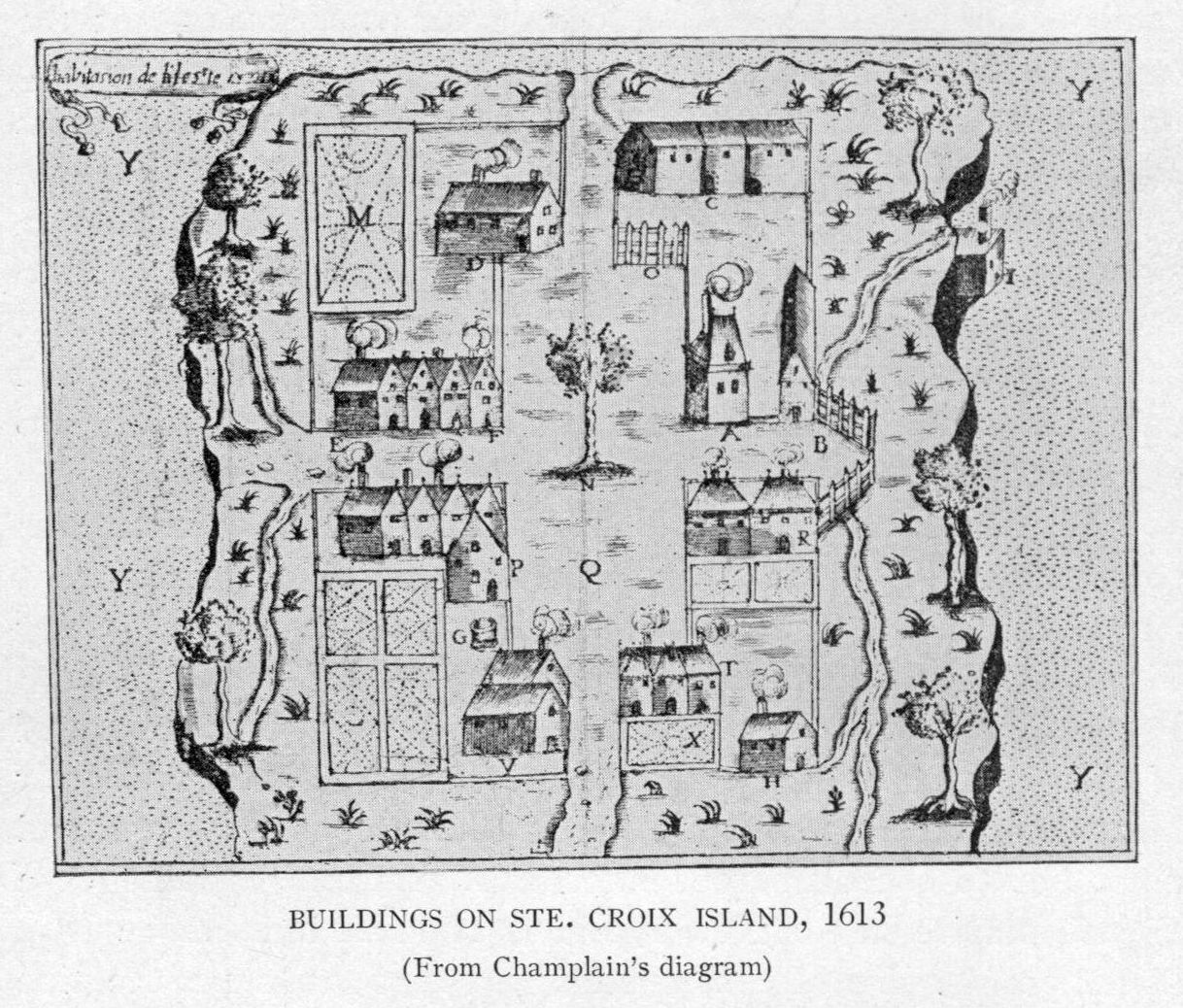 Address:
Saint-Croix Drive Calais, ME 04619
Directions: The site is located 8 miles (13 km) south of Calais, Maine, on US Route 1, and can be reached either by Route 9 from Bangor or US Route 1, the coastal route from Portland and points south. From US Route 1, turn onto St. Croix Drive.
Phone number: (207) 454-3871
Website: Visit website
Hours:

The island was called Muttoneguis by the Passamaquoddy Nation who had used or lived on the island for numerous centuries before European discovery.

French noble Pierre Dugua, Sieur de Mons established a settlement on Saint Croix Island in June 1604 under the authority of Henry IV, King of France. This outpost was one of the first attempts by France at year-round colonization in the territory they called l'Acadie. Earlier attempts by Jacques Cartier at Charlesbourg-Royal in 1541, at Sable Island in 1598 by Marquis de La Roche-Mesgouez, and at Tadoussac, Quebec in 1600 by François Gravé Du Pont had failed.

Cartographer Samuel de Champlain was part of the Dugua expedition and settlement on the small river island in 1604. The following spring, Champlain and François Gravé Du Pont, moved the settlement to a new location on the southern shore of the Bay of Fundy called Port-Royal. The Port Royal location was the first permanent European settlement in New France. During the winter more than half the settlers had perished due to a "land-sickness" believed to be scurvy. Champlain had discovered this new location earlier in the spring during a shoreline reconnaissance of the Bay of Fundy for a more suitable settlement site.

In 1608, Samuel de Champlain and some of the settlers moved from Port-Royal to a settlement on the Saint Lawrence River that later became Québec.

In October 1613, after having burned the French mission at Mount Desert Island, Samuel Argall went on to burn the old French buildings that remained on Sainte-Croix before he moved on to raid Port Royal, Nova Scotia.

The park is open year-round during daylight hours. During the winter, services are limited. The displays and bronze statutes along the interpretive trail are covered to prevent damage from inclement weather, and the visitor center is closed. The entrance gate opens mid-April.