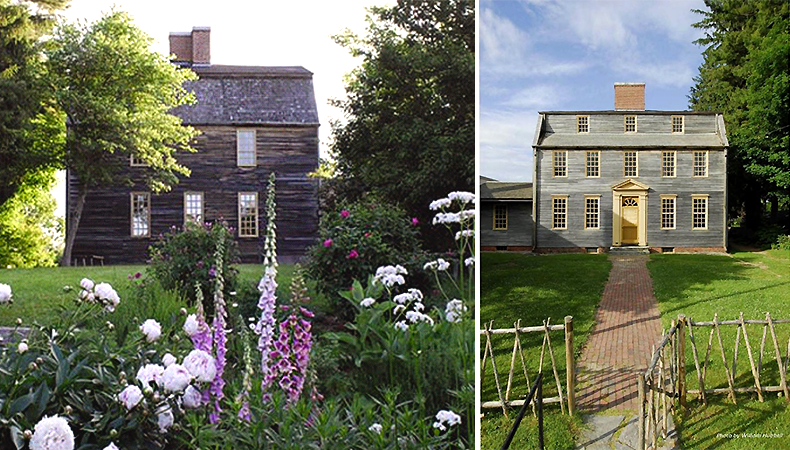 When it was built in 1755, the Tate House was considered a large and elegant home. The house was constructed in the Stroudwater section of Portland for Captain George Tate (1700-1794) and his family who had arrived in the Colonies around 1750.  Captain Tate served as the Senior Mast Agent for the British Royal Navy, overseeing the cutting and shipping of white pines from Maine to England to be used as masts for the British Royal Navy. This position assured Tate's success, and his status in the community is reflected by the style of architecture he selected for his home. With its clapboards still unpainted, Tate House is one of two residences in Maine with an unusual subsumed dormer in the gambrel roof. As the only pre-Revolutionary home in Greater Portland that is open to the public, the impressive period furnishings, beautiful grounds and herb gardens, and unique architecture offer an insightful glimpse into the 18th century and life in Colonial Maine.

The museum is open from June through October and offers guided tours.  Specialty school tours, architectural tours and garden tours are available by calling 207-774-6177.   The Tate House is located at 1267 Westbrook Street, Portland ME.

Credits: Photographs of the Tate House by William Hubbell