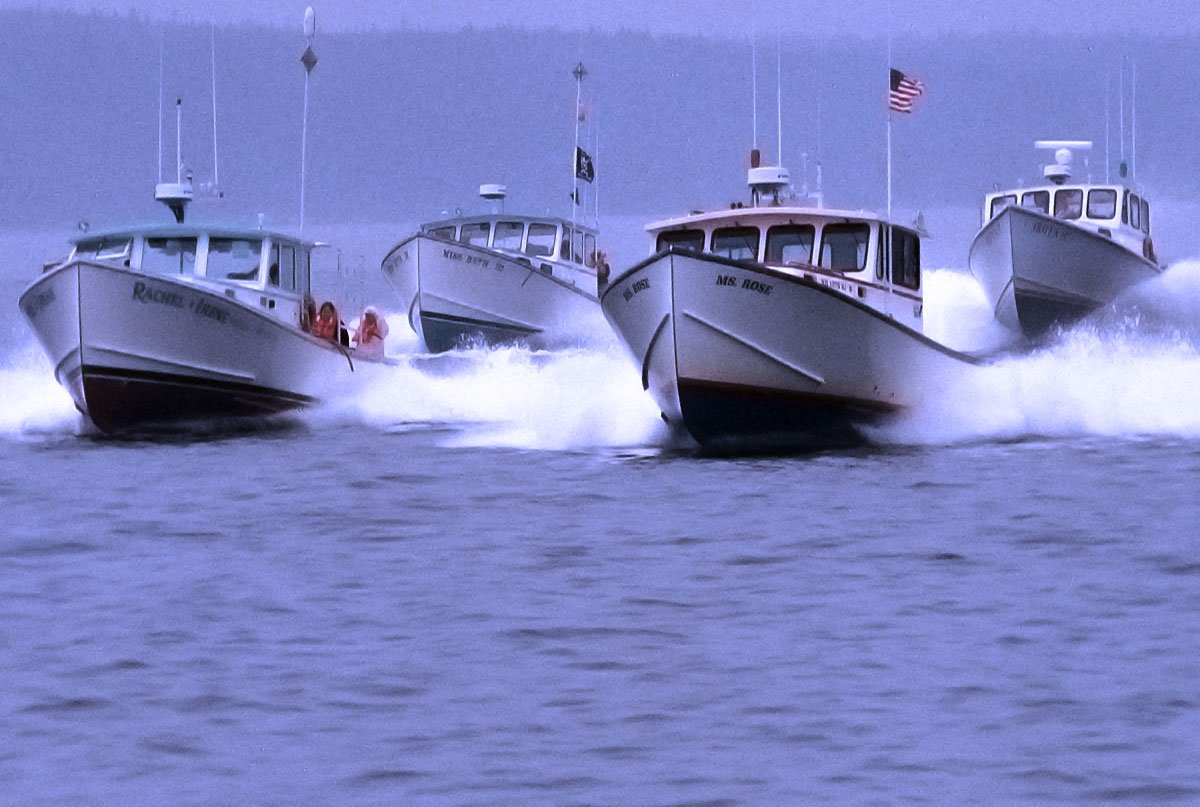 Since the early 1900s the lobster fishermen of the State of Maine have been competing to see just who has the fastest boat. It began with sloops and evolved to power boats with the development of the internal combustion engine. First it was the make-and-break engines, which were followed by the typical automobile gasoline engine of 200 hp and now the boats are diesel powered with engines putting out as much as 1,200 hp. END_OF_DOCUMENT_TOKEN_TO_BE_REPLACED